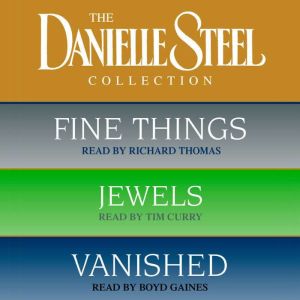 This collection of three titles from one of America's bestselling authors is available at a special value price.

Fine Things
Bernie Fine had everything, even what he wanted most, a family. Unfortunately, tragedy strikes and he has to rebuild his life, care for his children and cope with his own loss until he gathers the strength to find a new beginning.

Set against the backdrop of war, passion and international intrigue, Jewels is the story of a great house of gems, a rare family and an extraordinary marriage.

Vanished tells the story of a man and woman faced with an almost unthinkable tragedy-the mysterious abduction of their young son.