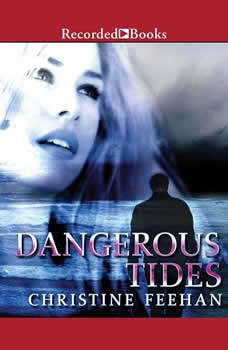 New York Times best-selling author Christine Feehan pens paranormal romances that get her fans' hearts racing. In Dangerous Tides, Dr. Libby Drake uses her incredible healing powers to help mend the emotionally scarred Ty Derrick. But their burgeoning relationship is threatened by a mysterious man who wants to use Libby's talents for his own dark purposes.

A Kiss of Fate
by Mary Jo Putney

Best-selling author Mary Jo Putney is the recipient of two RITA Awards, four Golden Leaf Awards, and the Romantic Times Career Achievement Award. With a touch of fantasy she captivates fans with this enchanting love story rich in historical details....

Micah Hudson has painful secrets he's run hard from. He has new friends, a new life, but he's about to be confronted with the one person who reminds him of all he's tried to forget—Angelina, the sister of his oldest friend David. She knows eve...

The Last Boyfriend
by Nora Roberts

Owen is the organizer of the Montgomery clan, running the family’s construction business with an iron fist—and an even less flexible spreadsheet. And though his brothers give him grief for his compulsive list making, the Inn BoonsBoro is...