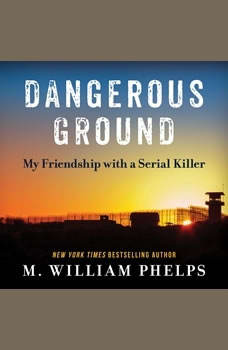 Dangerous Ground: My Friendship with a Serial Killer

For the first time, award-winning investigative journalist M. William Phelps reveals the identity of "Raven," the serial killer who co-starred with him on Dark Minds—and tells the story of his intriguing bond with one of America's most disturbing killers. Eye-opening and provocative, Dangerous Ground is an unforgettable journey into the mind of a charming, manipulative psychopath that few would dare to know—and the determined journalist who did just that.