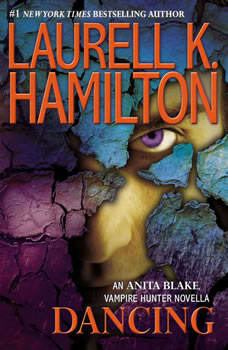 For most people, summer barbecues are nothing to be afraid of. But Anita isn’t exactly plain vanilla—and neither is her love life. So it takes a special kind of courage to attend a barbecue thrown by her friend Sergeant Zerbrowski. Walking into a backyard full of cops and their families with wereleopards Micah and Nathaniel both looking gorgeous on her arm won’t be easy, even with almost-four-year-old Matthew Vespucci to break the ice…

Anita is determined to have a good time with her family, just like everyone else. But it doesn’t take long for tensions to rise among the adults and kids. And Anita will learn that gossip and innuendo can be just as dangerous as anything the undead can throw at her…

“Hamilton remains one of the most inventive and exciting writers in the paranormal field.”—Charlaine Harris, #1 New York Times Bestselling Author