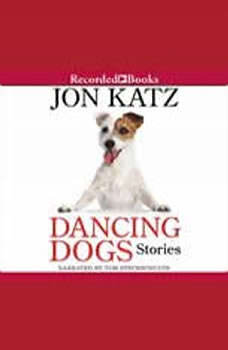 With his signature insight and gift for storytelling, Katz shares sixteen stories about one of life’s most unique relationships: In the title story, a housekeeper loses her job, but discovers her four-legged “children” have some toe-tapping talents that just may get the whole family back on its feet. In “Puppy Commando,” a shy grade-school outcast forges an instant connection with a beagle puppy she meets at a shelter—and risks everything to keep him. “Gracie’s Last Walk” features a woman who must find a way to say goodbye to her beloved golden retriever—but ends up saying hello to someone unexpected. “The Dog Who Kept Men Away” shows that not all humans pass the “sniff” test when it comes to canines, who possess an excellent judge of character. And in “Guardian Angel,” a widower going through a painful transition finds the greatest comfort in the unlikeliest of sources—a funny-looking pug named Gus.