Now Briggs begins an extraordinary new series set in Mercy Thompson’s world—but with rules of its own.

INTRODUCING THE ALPHA AND OMEGA NOVELS...

Anna never knew werewolves existed until the night she survived a violent attack…and became one herself. After three years at the bottom of the pack, she’d learned to keep her head down and never, ever trust dominant males. But Anna is that rarest kind of werewolf: an Omega. And one of the most powerful werewolves in the country will recognize her value as a pack member—and as his mate.

This book might have been Ok if it had begun with a summary of the first half of the story which was published as a short story in another bookOn The Prowl. You are left to figure this out on your own without any clues except that you're in the midst of some action with people you don't know. Having read the Mercy Thompson books, I knew the hero and his father. I had no idea who or what the heroine was. I was 3 or 4 chapters in before I began to follow the story line. With this introduction, I doubt I'll seek out any more books in this series. I felt this showed total disregard for the reader on the part of the publisher.

If you're a fan of Mercedes the V.W. mechanic, you'll love Anna the omega werewolf. Patricia Briggs has found a winning combination - I hope she keeps it going for a good long while.

This book picked up right where the novella Anna and Charles from On The Prowl left off and kept on moving. Anna now living with Charles in Montana is stil trying to adjust to life after her terrible experience with her Chicago pack. I love how Briggs slowly builds the trust and romantic relationship between Charles and Anna with out rushing it. This story gets you more involved with the wolf pack and you get more on the story of the Marrok and why he killed and ate his mother. A great beginning to a new series. I even liked this better than her Mercy series. 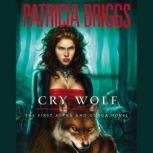 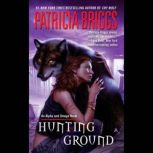 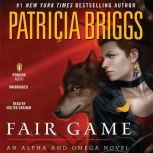