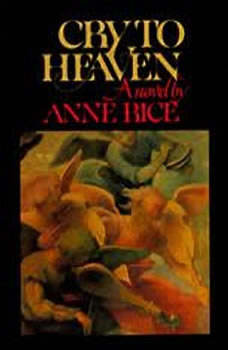 In a sweeping saga of music and vengeance, the acclaimed author of The Vampire Chronicles draws readers into eighteenth-century Italy, bringing to life the decadence beneath the shimmering surface of Venice, the wild frivolity of Naples, and the magnetic terror of its shadow, Vesuvius. This is the story of the castrati, the exquisite and otherworldly sopranos whose graceful bodies and glorious voices win the adulation of royal courts and grand opera houses throughout Europe. These men are revered as idols—and, at the same time, scorned for all they are not.

Praise for Anne Rice and Cry to Heaven

“Daring and imaginative . . . [Anne] Rice seems like nothing less than a magician: It is a pure and uncanny talent that can give a voice to monsters and angels both.”—The New York Times Book Review

“To read Anne Rice is to become giddy as if spinnning through the mind of time.”—San Francisco Chronicle

“If you surrender and go with her . . . you have surrendered to enchantment, as in a voluptuous dream.”—The Boston Globe

“Rice is eerily good at making the impossible seem self-evident.”—Time