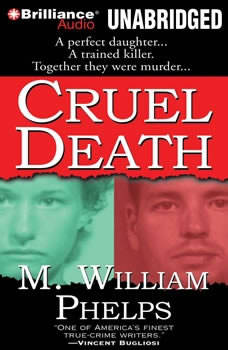 A life gone murderously wrong… Erika Sifrit was once a high school basketball star and an honors student. Then she married Navy SEAL Benjamin Sifrit. Some say Erika was abused by “B.J.” Some say she pulled his strings. But by the time they reached Ocean City, MD, Erika was packing a gun in her Coach bag and was caught in the grip of a new American death ride… A trail of blood and body parts… In the sun-kissed, sea-swept resort town, a loving couple crossed paths with Erika and B.J. Sifrit. Shortly thereafter, Erika was wearing a bloody wedding ring on her necklace, while what remained of two dismembered vacationers was buried in a Delaware landfill, and a modern-day “Bonnie and Clyde” story was being written – a lurid tale of madness, money, sex and murder… “[Phelps] shockingly reveals that unimaginable evil sometimes comes in pretty packages.” — Gregg Olsen “One of our most engaging crime journalists.” — Katherine Ramsland