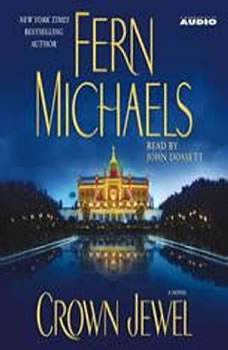 Ricky Lam had it all -- a thriving film career, the adoration of countless fans, incredible wealth, and a cocaine and alcohol problem that was about to destroy him. Luckily, he also had a business manager -- his straight-arrow older brother Philip -- who strong-armed him into an addiction clinic. But not even the passage of fifteen years, Ricky's rehabilitation, and undreamed-of success for both men can mend the rift that erupted between the brothers during those dark days. Now all that remains is a business relationship, although Ricky yearns for more. When tragedy strikes, erasing Ricky's dreams of winning Philip's forgiveness, Ricky resets his priorities. He turns his back on Hollywood, invites his two illegitimate sons into his life, hoping to become a real father to them. He dedicates himself to his brother's dream -- the construction of a resort called the Crown Jewel. When Ricky steps into his brother's shoes he encounters unsettling contradictions, as well as an amazing woman -- his sister-in-law Roxy Lam. She leads him to the mystery at the center of his brother's life and into a love affair far richer and more challenging than any he has experienced before. As Ricky attempts to discover the brother he loved but never truly knew, he must settle a grave injustice committed decades ago, even if it means risking his fame, his fortune, and his life.

I normally like Fenrn Mchaels' books. She writes well and has interesting characters, doesn't feel the need to use a lot of obscenities and boring, silly sex scenes are practically non-existent. CROWN JEWEL really disappointed me tjhough. Everything was so instantaneously perfect for Ricky Lam the movie star. Even his brotehr's death seemed perfect and there was no real conflict with the characters. The resentment seemed to build and fade with his sister in law, his illegitimate sons and his brother's discovered second family within a span of five minutes. Everything was Hollywood happy ending perfect and it was BORING. Maybe it is because he was throwing his money around? And the hotel THE CROWN JEWEL, was not featured as prominantly as I would have expedcted and didn't really seem teh foucs of the book. . I am really disappointed the author si getting away from her real people' novels for something more glitzy. It didn't feel that real to me and made me think of a Sidney Sheldon wannabe that didn't quite cut the mustard. I thimk the story would ahve been much better if she adh developed it around teh reporter Gracie Lick because was the only one that really sparkled and had real life.