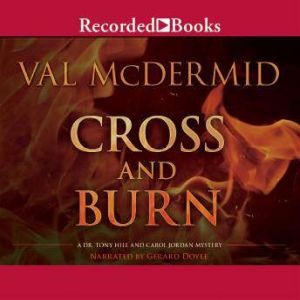 McDermid is as smooth a practitioner of crime fiction as anyone out there. . . . She' s the best we' ve got."--\i New York Times Book Review\b0\i0\line\line Internationally best-selling crime writer Val McDermid' s work speaks for itself: her books have sold millions of copies worldwide, won numerous accolades, and attracted a devoted following of readers around the globe. Her latest, \i Cross and Burn\i0 , picks up where \i The Retribution\i0 left off: following the best crime-fighting team in the UK-- clinical psychologist Tony Hill and police detective Carol Jordan-- who when we last saw them were barely speaking, and whose relationship will now be challenged even further.\line\line Guilt and grief have driven a wedge between long time crime-fighting partners psychologist Tony Hill and ex-DCI Carol Jordan. But just because they're not talking doesn't mean the killing stops.\line\line Someone is killing women. Women who bear an unsettling resemblance to Carol Jordan. And when the evidence begins to point in a disturbing direction, thinking the unthinkable seems the only possible answer. Cornered by events, Tony and Carol are forced to fight for themselves and each other as never before.\line\line An edge-of-your-seat page-turner from one of the best crime writers we have, \i Cross and Burn\i0 is a chilling, unforgettable read.\line\line\b" Smooth. Confident. Deeply satisfying. What else can you say about McDermid' s writing? . . . The Jordan-Hill relationship remains the star of the show. . . . It' s a match made in heaven amid hell on earth."--\i Entertainment Weekly\i0 on \i The Torment of Others\b0\i0\fs24 \f1 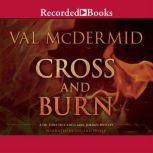 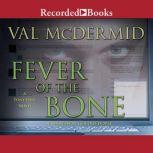 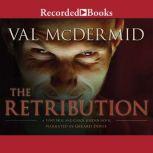 Cross and Burn
The Tony Hill and Carol Jordan seri...

Fever of the Bone
The Tony Hill and Carol Jordan seri...

The Retribution
The Tony Hill and Carol Jordan seri...