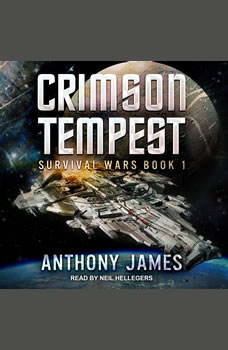 Humanity is fighting against an implacable foe. The Ghasts—a ruthless alien race—seem hell-bent on wiping out mankind. They have a vast warfleet and their technology is advancing at a terrible rate. Captain John Nathan Duggan and his crew are given a mission—find the missing ESS Crimson and bring it home. Little does Duggan realise, this is no ordinary mission. As he struggles against enemies both within and without, he desperately tries to unlock the mystery surrounding the Crimson's disappearance and the unknown weapons it carries. He soon discovers the missing warship might be the only hope for salvation that mankind has left. When everything is veiled in secrecy nothing is easy, as Duggan is about to find out.