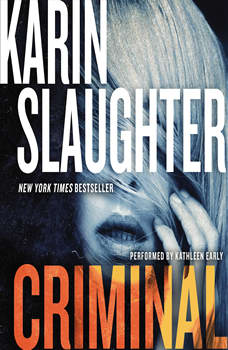 Will Trent is a brilliant agent with the Georgia Bureau of Investigation. Newly in love, he is beginning to put a difficult past behind him. Then a local college student goes missing, and Will is inexplicably kept off the case by his supervisor and mentor, deputy director Amanda Wagner. Will cannot fathom Amanda’s motivation until the two of them literally collide in an abandoned orphanage they have both been drawn to for different reasons. Decades before, when his father was imprisoned for murder, this was Will’s home. It appears that the case that launched Amanda’s career forty years ago has suddenly come back to life—and it involves the long-held mystery of Will’s birth and parentage. Now these two dauntless investigators will each need to face down demons from the past if they are to prevent an even greater terror from being unleashed.

One False Move
by Harlan Coben

She's smart, beautiful, and she doesn't need a man to look after her. But sports agent Myron Bolitar has come into her life—big time. Now Myron's next move may be his last. . .  Brenda Slaughter is no damsel in distress. Myron Bolitar ...

Thirty-year-old Alexandra Moreland, a prominent interior designer, already heartbroken at the disappearance of her toddler, Matthew, in Central Park two years earlier, now is facing a different tragedy. She is about to be indicted for identity theft...

Love You More
by Lisa Gardner

WHO DO YOU LOVE?   One question, a split-second decision, and Brian Darby lies dead on the kitchen floor. His wife, state police trooper Tessa Leoni, claims to have shot him in self-defense, and bears the bruises to back up her tale. For vetera...