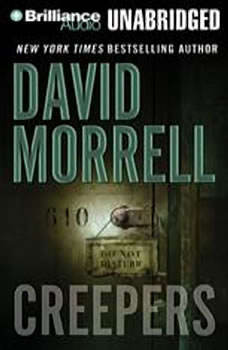 On a cold October night, five people gather in a run-down motel on the Jersey shore and begin preparations to break into the Paragon Hotel. Built in the glory days of Asbury Park by a reclusive millionaire, the magnificent structure—which foreshadowed the beauties of art deco architecture—is now boarded up and marked for demolition.The five people are “creepers,” the slang term for urban explorers: city archaeologists with a passion for investigating abandoned buildings and their dying secrets. On this evening, they are joined by a reporter who wants to profile them—anonymously, as this is highly illegal activity—for a New York Times article.Frank Balenger, a sandy-haired, broad-shouldered reporter with a decided air of mystery about him, isn’t looking for just a story, however. And after the group enters the rat-infested tunnel leading to the hotel, it becomes clear that he will get much more than he bargained for. Danger, terror, and death await the creepers in a place ravaged by time and redolent of evil.

This has been one of my favorite audiobooks. The story was intricate and grabbed me right from the start. I wasn't crazy about the narrators voice, however, and it drove me nuts that he made all the bad guys sound like Joe Pesci. Not everyone from NJ speaks like a gangster But the book itself was well written, and I found myself wishing the author had written prequels. For example, at one point the characters stated they had previous explored abandoned prisons and asylums. If those were written as well as this one, I'd devour that as quickly as I devoured this.