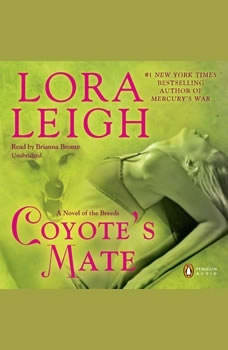 For six years Anya Korbin worked with Del-Rey Delgato-the genetically altered rebel known as the Coyote Ghost-to free a group of coyote women kept in her father's lab. As Anya matured into a woman, she and Del-Rey grew close . . . but then he broke his promise and killed her father. Now she must deal with her animalistic desire for the one who betrayed her.

This book was an okay read. It took me a bit longer to finish because I wasn't drawn into the book like I usually am in Leigh's breed series. I didn't care for the hero and heroine. I didn't feel the love connection between them. They fought so much I wondered why they were even together. I am enjoying the Breed Series and will continue with it even though this book was a dud.

Typical Lora Leigh. I thought this book was great.