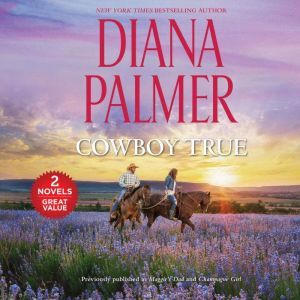 Hot-tempered rancher Powell Long had once stolen Antonia Hayes’s heart. But their love had faced too many obstacles, and Antonia fled. Now she’s back, finding Powell raising a daughter alone. Fatherhood hasn’t diminished the attraction she feels whenever he is near. Is taking a chance at a future family with Powell simply too much to wish for?

Though Catherine Blake maintained a carefree facade, a sense of duty to her widowed mother brought her back home to the family ranch. Once she's there, Matt Kincaid wants her to stay under his watchful eye. But Catherine has a job offer waiting for her in New York City. There’s only one thing that could keep her on a dusty cattle ranch in Texas—the cowboy who has lassoed her heart!