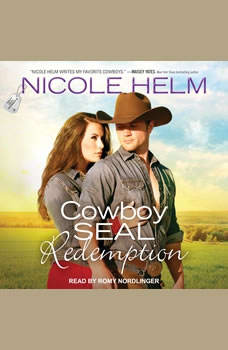 Jack Armstrong's been slowly piecing his life back together after a career-ending injury bounced him from the SEALs. The only trouble is, his family's on their way to his new haven in Montana . . . and Jack refuses to let them know he's still hurting. Desperate, he makes a deal with local bad girl Rose Rogers: in exchange for some extra security, she'll play the perfect loving girlfriend. Rose doesn't trust any man, much less some tough-as-nails former SEAL. But the more they settle into their ruse, the more things start to feel real, and the more Rose's true fear surfaces—that she'll never be good enough for love. But Jack isn't about to lose Rose. He's done running when things get tough, and he's determined to prove—once and for all—that even the most troubled hearts can find their way to redemption. Contains mature themes.