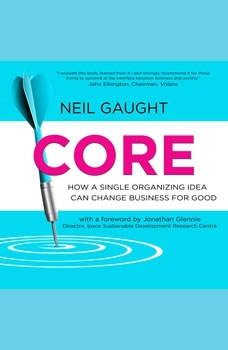 CORE: How a Single Organizing Idea can Change Business for Good

This book is about how businesses can adopt a Single Organizing Idea and, more importantly, why they have to. Drawing on stories and case studies, and with reference to the UN's Sustainable Development Goals, its no-nonsense approach sets aside the ideals to confront the realities of business reform.