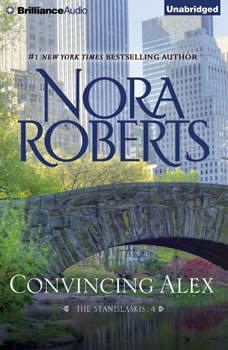 #1 New York Times bestselling author Nora Roberts proves to listeners that sometimes love's timing isn't what was expected.…When Alex Stanislaski mistakenly arrested daringly bold soap-opera writer Bess McNee for soliciting, she decided the sexy detective was absolutely perfect—for her research and for herself. Now all she had to do was convince him she was right.…