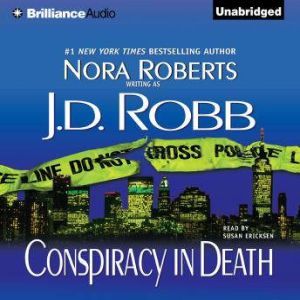 With the precision of a surgeon, a serial killer preys on the most vulnerable souls of the world's city streets. The first victim: a sidewalk sleeper, found dead in New York City. No bruises, no signs of struggle. Just a laser-perfect, fist-sized hole where his heart had once been. Lieutenant Eve Dallas is assigned to investigate. But in the heat of a cat-and-mouse game with the killer, Dallas's job is suddenly on the line. Now her hands are tied…between a struggle for justice—and a fight for her career… 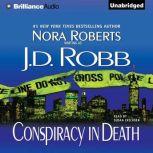 Conspiracy in Death
In Death Series #8