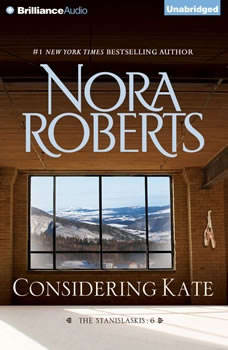 In this compelling romance from New York Times bestselling author Nora Roberts, Kate Stanislaski Kimball is turning a new leaf—can she find renewed passion in love, as well?Kate Stanislaski Kimball had turned her back on glamour and fame, and she'd come home to begin a new life. The only thing more perfect than the beautiful—dilapidated—building she'd bought for her new dance school was Brody O'Connell, the frustrating and surprisingly fascinating contractor she'd hired for the renovation.But Brody was determined to resist Kate's effortless allure. She was Natasha Stanislaski's pampered, perfect daughter, after all. Still, every fiber of his being longed to make her his.…