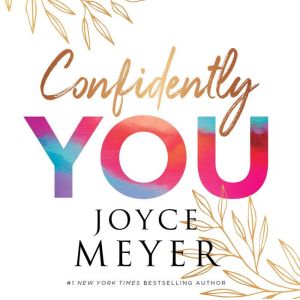 Live boldly in the love of Christ with Bible teacher and #1 New York Times bestselling author Joyce Meyer.  What keeps women from feeling and being their best? For years, Joyce has been helping women better identify emotional barriers and physical, mental, and spiritual obstacles in their lives. Now she provides another answer: Confidence.

Our society has an insecurity epidemic. Women in particular compensate by pretending to be secure--a common response--which only leads to feelings of shame. Lack of self-confidence causes great difficulty in relationships of all kinds, and can even lead to divorce.

In Confidently You, Joyce explores the characteristics of a woman with confidence, which include a woman who knows she is loved, who refuses to live in fear, and who does not live by comparisons. Joyce explains that confidence stems from being positive in your actions and living honestly, but most importantly from having faith in God and in ourselves.  Derived from material previously published in The Confident Woman.