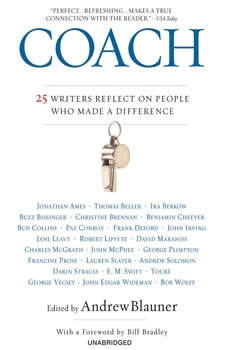 Coach: 25 Writers Reflect on People Who Made a Difference

The most popular sports columnist in America puts his life (and dignity) on the line in search of the most absurd sporting event on the planet.What is the stupidest sport in the world? Not content to pontificate from the sidelines, Rick Reilly set o...

David Foster Wallace's extraordinary writing on tennis, collected for the first time in an exclusive digital-original edition. A "long-time rabid fan of tennis," and a regionally ranked tennis player in his youth, David Foster Wallace wrote about t...