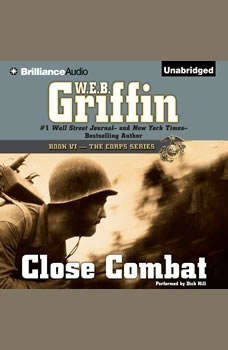 As Japanese forces close in for an all-out effort to recapture Guadalcanal from the American forces occupying the island, many fates converge and intertwine. First Lieutenant William Dunn, twenty-one years old but already one of the only two pilots remaining from his fighter squadron’s original sixteen, must learn what it is like to lead men — and to lose them. Hot-tempered Sergeant Thomas McCoy finds he has a hero’s welcome waiting stateside — if he can avoid a court-martial first. On a bloody island, Major Jake Dillon discovers just how much combat is involved in a combat correspondent’s life. First Lieutenant R.B. Macklin, a consummate bully, is put on a War Bond tour so he will not endanger his own men. General Fleming Pickering, on a ticklish diplomatic mission, attempts to balance the hot and mighty temperaments of General Douglas MacArthur, OSS Chief William “Wild Bill” Donovan and Secretary of the Navy Frank Knox. Corporal Robert Easterbrook, still wet behind the ears, discovers that the price of success in wartime may be uncomfortably high. From the Solomons to Australia to Washington, D.C., the warriors, plus the wives and sweethearts who love them, once more find themselves with the challenges of their lives...

Behind the Lines
The Corps Series #7

In Danger's Path
The Corps Series #8