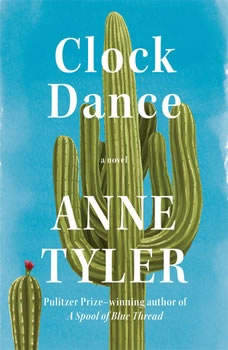 NATIONAL BEST SELLER | A charming new novel of self-discovery and second chances from the best-selling, Pulitzer Prize-winning author of A Spool of Blue Thread.

Willa Drake can count on one hand the defining moments of her life. In 1967, she is a schoolgirl coping with her mother's sudden disappearance. In 1977, she is a college coed considering a marriage proposal. In 1997, she is a young widow trying to piece her life back together. And in 2017, she yearns to be a grandmother but isn't sure she ever will be. Then, one day, Willa receives a startling phone call from a stranger. Without fully understanding why, she flies across the country to Baltimore to look after a young woman she's never met, her nine-year-old daughter, and their dog, Airplane. This impulsive decision will lead Willa into uncharted territory--surrounded by eccentric neighbors who treat each other like family, she finds solace and fulfillment in unexpected places. A bewitching novel of hope and transformation, Clock Dance gives us Anne Tyler at the height of her powers.