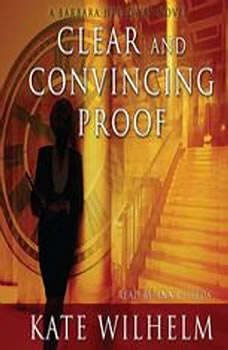 The KelsoMcIvey rehabilitation center is a place of hope and healing for both its patients and dedicated staff. For its directors, its a lifelong dream thats about to be destroyed, if David McIvey has his way. A brilliant surgeon whose ego rivals his skill with a scalpel, McIvey now has controlling shares in what has always been a nonprofit clinic. His plan is to close the clinic and replace it with a massive new surgery center, with himself at the helm. Then somebody dares to stop himin cold blood. When David McIvey is murdered outside the clinics doors, lawyer Barbara Holloway must use her razorsharp instincts and takenoprisoners attitude to create a defense for the two members of the clinic accused of his murder.

A Murder of Promise
by Robert Andrews

When legendary Washington Post reporter Mary Keegan is found murdered, homicide detectives Frank Kearney and Jose Phelps pull up the file on another open case. There as here, the victim was a female who had been hacked to death in a public park. And...

After Martha Marty Nickerson, an assistant district attorney on Cape Cod, won a murder case, the suspect is put behind bars. But soon another body turns up in disturbingly similar circumstances. Did Marty and her colleagues target the wrong man?

Someone has murdered a congressman, and evidence points to Teddy Wendover. Though hes sixfoottwo and twentyeight years old, Teddy has the mental capacity of a child. Lawyer Barbara Holloway must find out if his capacity includes killing.

Clear and Convincing Proof: A Barba...
The Barbara Holloway Mysteries #2003

By Stone, by Blade, by Fire
The Barbara Holloway Mysteries