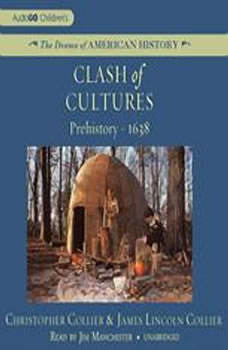 History is dramatic-and the renowned, award-winning authors Christopher Collier and James Lincoln Collier demonstrate this in a compelling series aimed at young readers.Covering American history from the founding of Jamestown through present day, these volumes explore far beyond the dates and events of a historical chronicle to present a moving illumination of the ideas, opinions, attitudes, and tribulations that led to the birth of this great nation.

I Survived #03: I Survived Hurricane Katrina, 2005
by Lauren Tarshis

The storm of the centuryand the survival story of a lifetime! Its the end of August 2005, and a big hurricane is blowing in to New Orleans, Louisiana. Barrys family plans to evacuate the Ninth Ward with everyone else, but when Barrys little sister...

Leon Leyson (born Leib Lezjon) was only ten years old when the Nazis invaded Poland and his family was forced to relocate to the Krakow ghetto. With incredible luck, perseverance, and grit, Leyson was able to survive the sadism of the Nazis, includi...

I Survived #01: I Survived the Sinking of the Titanic, 1912
by Lauren Tarshis

Ten-year-old George Calder can't believe his luck -- he and his little sister, Phoebe, are on the famous Titanic, crossing the ocean with their Aunt Daisy. The ship is full of exciting places to explore, but when George ventures into the first class...

I Survived #09: I Survived the Nazi Invasion, 1944
by Lauren Tarshis

In one of the darkest periods in history, one boy struggles to survive... In this gripping new addition to the bestselling I Survived series, a young Jewish boy joins the resistance "partisan" fighters outside the Warsaw ghetto. Does he have what ...

Clash of Cultures: Prehistory1638
The Drama of American History Series

The Paradox of Jamestown
The Drama of American History Series