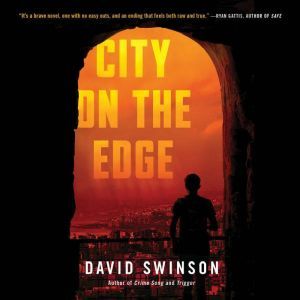 City on the Edge

An American teen living abroad discovers the truth about himself and his family in this thrilling novel from "one of the best dialogue hounds in the business" (New York Times Book Review).

In the wake of a baffling tragedy, 13-year-old Graham moves with his family to Beirut, Lebanon, a city on the edge of the sea and cataclysmic violence. Inquisitive and restless by nature, Graham suspects his State Department father is a CIA operative, and that their family’s fragile domesticity is merely a front for American efforts along the nearby Israeli border. Over the course of one year, 1974, Graham’s life will utterly change. Two men are murdered, his parent’s marriage disintegrates, and Graham, along with his two ex-pat friends, run afoul of forces they cannot understand.

The City on the Edge is elegiac, atmospheric, and utterly authentic. It’s the story of innocents caught within the American net of espionage, of the Lebanese transformed by such interference, of the children who ran dangerously beside the churning wheel of history. One part Stephen King’s “The Body” and another John le Carre’s A Perfect Spy, it’s a transformative crime story told with heart and genuine experience.