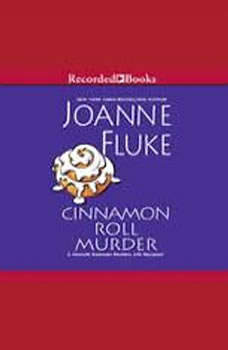 Best-selling author Joanne Fluke’s Hannah Swensen mysteries have earned her a loyal following. in this 16th delightful installment, the tour bus carrying the Cinnamon Roll Six overturns, sending the band members to the hospital—and the keyboard player to a bizarre and untimely death. Soon Hannah discovers the victim’s surprising secret—and becomes determined to bring the killer to justice.

Recipe for disaster: Celebrity chef Stanley Chipotle comes to Trenton to participate in a barbecue cook-off and loses his head – literally.Throw in some spice: Bail bonds office worker Lula is witness to the crime, and the only one she'll talk...

Personal vendettas, hidden treasure, and a monkey named Carl will send bounty hunter Stephanie Plum on her most explosive adventure yet.The Crime: Armed robbery to the tune of nine million dollarsDom Rizzi robbed a bank, stashed the money, and did ...

Duck the Halls
by Donna Andrews

A few nights before Christmas, Meg is awakened when Michael is summoned to the New Life Baptist Church, where someone has rigged a cage full of skunks in the choir loft. The lengthy process of de-skunking the church requires its annual pre-Christmas...

Best-selling author Joanne Fluke serves up a tasty treat from her Hannah Swensen series in Apple Turnover Murder. Hannah is feeling the heat when she agrees to bake apple turnovers for a fundraiser and partake in the charity talent contest. But wh...