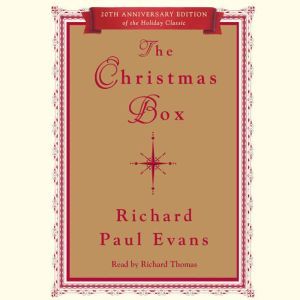 "Whatever the reason, I find that with each passing Christmas the story of the Christmas box is told less and needed more. So I record it now for all future generations to accept or dismiss, as seems them good. As for me, I believe. And it is, after all, my story."So begins The Christmas Box, the touching story of a widow and the young family who moves in with her. Together they discover the first gift of Christmas and learn what Christmas is really about. The Christmas Box is a Christmas story unlike any other.