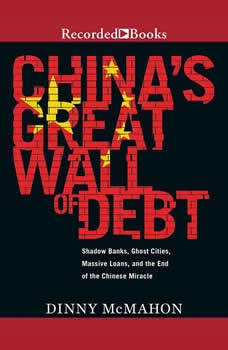 A stunning inside look at how and why the foundations upon which China has built the world's second largest economy, have started to crumble.Over the course of a decade spent reporting on the ground in China as a financial journalist, Dinny McMahon gradually came to the conclusion that the widely held belief in China's inevitable economic ascent is dangerously wrong. Debt, entrenched vested interests, a frenzy of speculation, and an aging population are all pushing China toward an economic reckoning. China's Great Wall of Debt unravels an incredibly complex and opaque economy, one whose fortunes-for better or worse-will shape the globe like never before.