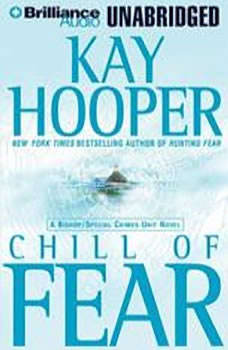 FBI agent Quentin Hayes always knew he had an unusual talent, even before he was recruited by Noah Bishop for the controversial Special Crimes Unit. But, as gifted as he is, for twenty years he’s been haunted by a heartbreaking unsolved murder that took place at The Lodge, a secluded Victorian-era resort in Tennessee. Now he’s returned one final time, determined to put the mystery to rest. Diana Brisco has come there hoping to unlock the mystery of her troubled past. Instead, she is assailed by nightmares and the vision of a child who vanished from The Lodge years ago. And an FBI agent is trying to convince her that she isn’t crazy but that she has a rare gift, a gift that could catch a killer. Quentin knows that this is his last chance to solve a case that has become a dangerous obsession. But can he persuade Diana to help him, knowing what it could cost her? For something cold and dark and pure evil is stalking the grounds of The Lodge. Something Diana may not survive. Something Quentin never felt before: the chill of fear.

I have read many paranormal books and Kay Hooper takes a different approach in this mystery series with the SCU unit in the FBI. I enjoyed it, did not want to put it down and was drawn into the story line. Something different but refreshing to the thriller line of books. Can't wait to read her next book in the trilogy.