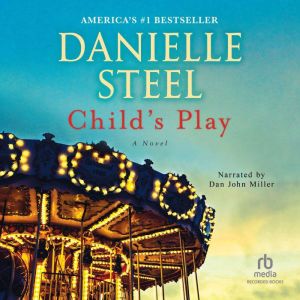 The lessons our children teach us are the hardest ones. What do we do when our children don't pursue our hopes for them? In this riveting new novel, Danielle Steel explores how families can evolve and grow in unexpected ways. A senior partner at a prestigious New York law firm, Kate Morgan couldn't be prouder of her three grown children. Tamara, Anthony, and Claire all went to great schools, chose wonderful career paths, and would have made their father proud. A single mother for years after the death of her husband, Kate keeps a tight rein on her family, her career, and even her own emotions, never once asking herself if she truly knows her children . . . or if her hopes for them are the right ones, and what they want. She is about to find out. During one hectic summer in Manhattan, Kate's world turns upside down. One child has been keeping an astonishing secret while another confesses to an equally shocking truth. A wonderful match and picture-book wedding are traded for a relationship that shakes her to her core. A totally inappropriate love affair and an out-of-wedlock baby complete the chaos. Challenged as a mother and as a successful independent woman herself, Kate struggles to keep up with a dizzying and escalating chain of events, and begins to realize that she has a part to play in the chaos. Because Kate too has kept secrets from her children. Sometimes the surprising choices our children make are the right ones . . . better than what we wanted for them. More often than not, parenting is about letting go of our dreams and embracing theirs.