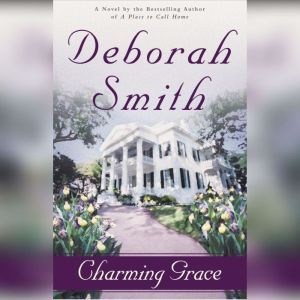 A slumbering Georgia community almost chokes on its mint juleps when Hollywood calls to film the true-life (and death) story of a heroic local lawman. Aside from the chaos that trails in the moviemakers' wakes, one person has a very private reason for not wanting the intimate details of the gentleman's life story revealed-his widow, Grace.So begins her inventive, comic crusade to obstruct proceedings, aided and abetted by a cast of quirky eccentrics, including the movie star's personal bodyguard and a good-hearted ex-con with a private tragedy of his own. But, amidst the high jinks, nobody is prepared for the heartbreaking secrets that are finally revealed, secrets that will change all of them-hero, heroine, and movie star-forever.

Despite all the poor reviews, I was quite impressed. Maybe its because I live in that bustling metropolis to the south af Dalonegah and have visited the pretty little town and waddled out of the Smith House many times. I even remember the 5 year hunt for the Turnkey bomber who was obviously based on Eric Rudolph, the Olympic Park Bomber. His capture wasn't nearly so exciting, but we must allow a little creative license especially since that's a major plot point of this story. Deborah Smith may have written better books, but that doesn't mean this one isn't quite good.