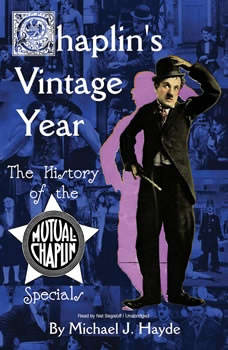 Chaplins Vintage Year: The History of the Mutual-Chaplin Specials

When Charles Chaplin signed a record-setting contract with the Mutual Film Corporation in February 1916, it was the culmination of events that changed the motion picture business. Mutual's founders redefined how films were bought, sold, and distributed. Chaplin redefined screen comedy with a character that leapt into the hearts of moviegoers around the world. Together they established the value of star power and created twelves magnificent comedies that have endured for generations. From the nickelodeon to the internet, the Mutual-Chaplin Specials have been viewed by more people than any other films in the entire history of cinema.Chaplin's Vintage Year tells the full story of the Mutual-Chaplin Specials, framed within the rise and fall of the Mutual Film Corporation, the worldwide phenomenon known as "Chaplinitis," the famous $670,000 contract, and the various acquisitions and releases these comedies have enjoyed for nearly one hundred years.