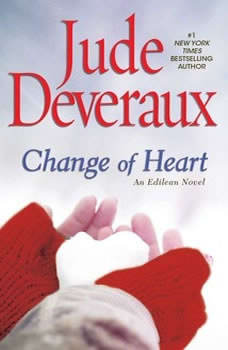 Two childhood playmates grow into more than just friends in #1 New York Times bestselling author Jude Deveraux’s full-length romantic novel based on her short story of the same name.In the hugely popular, New York Times bestseller A Holiday of Love, Jude Deveraux wrote a novella about two kids playing matchmakers—Eli and Chelsea, best friends who were determined to find true love for Eli’s bighearted mother. But what happens when these ambitious children grow up? What exactly made Eli’s mother, Miranda, fall in love with Frank all those years ago? And how does that affect their future together? Eli and Chelsea lost touch with each other over the years, until Eli bought a house in his father’s hometown of Edilean, Virginia, and invited Chelsea for a visit. She had her own life, and was certain that a childhood friendship couldn't be anything more, but she went nonetheless—and found herself quite unprepared for the changes she saw in Eli. And neither of them were prepared to run into a mystery, with a family that needed to be rescued. Now, just like when they were children, they must join together to straighten out a very big problem. The question is what happens after the mystery is solved; they are very different people—so can they stay together? Combining love and passion with sweet, unexpected twists, and shedding new light on Miranda and Frank’s relationship, Change of Heart is an unforgettable addition to Deveraux’s classic bestselling novels.