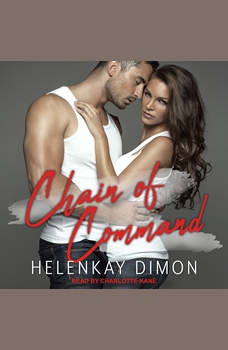 Retired marine Sawyer Cain can't forget all he's seen and lost, but he can try to start over. Opening a gun range with his closest friends is the first step toward a new life-one where he finally buries the guilt he can't seem to shake. So much depends on the property he needs to buy . . . and the gorgeous but completely frustrating woman who refuses to sell it. Hailey Thorne is done-with loss and with anything military-after the closest thing she had to an uncle died in Afghanistan. When Sawyer shows up on her porch he has military written all over him. He's one more in a long line of people who wants the land she inherited, and suddenly he's everywhere she goes. Hailey can't get the broad-shouldered, dirty-talking, dead-serious man out of her head. Or her life. Sawyer's not above using his skills in the bedroom to try to convince her to sell, and Hailey is more than willing to let him. Their pleasure-only arrangement works . . . until emotions get in the way. But Sawyer has a secret he's convinced will have Hailey hating him forever, and Hailey's not willing to risk loving anyone she could lose. Contains mature themes.