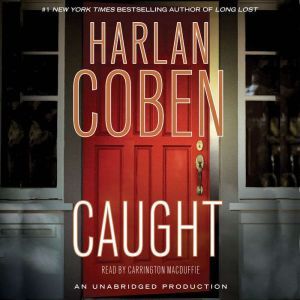 From the #1 New York Times bestselling master of suspense comes a fast-paced, emotion-packed novel about guilt, grief, and our capacity to forgive

17-year-old Haley McWaid is a good girl, the pride of her suburban New Jersey family, captain of the lacrosse team, headed off to college next year with all the hopes and dreams her doting parents can pin on her. Which is why, when her mother wakes one morning to find that Haley never came home the night before, and three months quickly pass without word from the girl, the community assumes the worst.

Wendy Tynes is a reporter on a mission, to identify and bring down sexual predators via elaborate--and nationally televised--sting operations. Working with local police on her news program Caught in the Act, Wendy and her team have publicly shamed dozens of men by the time she encounters her latest target. Dan Mercer is a social worker known as a friend to troubled teens, but his story soon becomes more complicated than Wendy could have imagined.

In a novel that challenges as much as it thrills, filled with the astonishing tension and unseen suburban machinations that have become Coben's trademark, Caught tells the story of a missing girl, the community stunned by her loss, the predator who may have taken her, and the reporter who suddenly realizes she can't trust her own instincts about this story-or the motives of the people around her.

I'm excited - i had never read a Coben before and found myself wanting to stay in the car to listen. Before i pick books i always read reviews on Amazon then on Audible.com for a sample listen and I found some of the awful reviews on the book's narrator on the Audible site. Although i don't totally disagree with the fact that she does TERRIBLE man voices most sounded like Fred Sanford or the dopie son on Family Guy, after a while you get use to it and overall she is a good ready - AND the story is great so the initial distraction gets replaced with getting ****** in. I liked it...and i'm happy to have found a new author i like!

This is very good book & I would recommend it to any-one!!! The book makes you think about the storyline & as usual it is full of twists & turns.