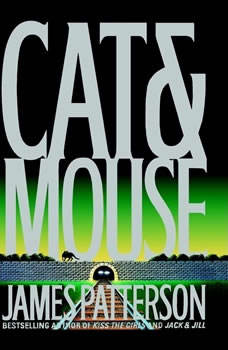 In Cat & Mouse, things get too close to home. Two killers, one operating in America-one in Europe-believe Alex Cross is the only worthy opponent in the deadly game each has planned. Villian Gary Soneji is back. He vows his last act on earth will be taking the life of Alex Cross. But first he wants to have some fun. Union Station, Washington, and Penn Station in New York are scenes of chaos as Soneji creates a train ride to hell. With time running out, Cross must predict Soneji's next move: the lives of thousands of innocent commuters hang in the balance. Meanwhile, a second game of cat and mouse is being played. Thomas Augustine Pierce is referred to by the FBI and Interpol as "St. Augustine" for his uncanny ability to catch killers. He has been chasing his demon, Mr. Smith, since his fiancee was brutally murdered, her heart cut out. Panic spreads through Europe when Mr. Smith strikes in London...then Paris... But when the Soneji case takes a baffling new twist, Pierce must put the Mr. Smith case on hold to assist in a special investigation. Will Cross-or Pierce-figure out in time who is the cat, and who is the mouse?