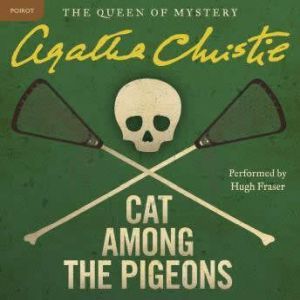 Cat Among the Pigeons: A Hercule Poirot Mystery

Murder is part of the curriculum at an exclusive school for girls in Agatha Christie’s Cat Among the Pigeons, as the intrepid Poirot sets out to bring a stealthy killer to justice.Late one night, two teachers investigate a mysterious flashing light in the sports pavilion while the rest of the school sleeps. There, among the lacrosse sticks, they stumble upon the body of an unpopular games mistress—shot through the heart point-blank.The school is thrown into chaos when the “cat” strikes again. Unfortunately, schoolgirl Julia Upjohn knows too much. In particular, she knows that without Hercule Poirot’s help, she will be the next victim.… 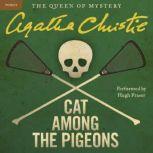 Cat Among the Pigeons: A Hercule Po...
Hercule Poirot Mysteries #32