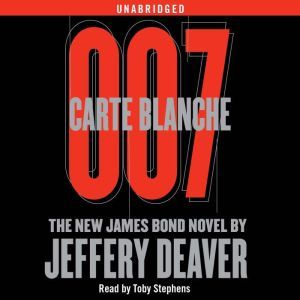 Jeffery Deaver has been selected to pen the newest installment of the Bond series, an adrenaline-fueled thriller set in the present day, with a thirty-year-old James Bond going head-to-head against perhaps the most compelling and horrific villains in modern thriller fiction. This isn’t the Cold War Bond; it’s the best of Fleming and Deaver in one seriously sharp and stylish novel. Bond’s license to kill meets Deaver’s razor-sharp storytelling and shocking plot twists in a cat-and-mouse game that takes Bond from the Balkans to London and ultimately to a searing climax on the African Continent. Deaver has outdone himself in re-creating the iconic character of Bond, his uncompromising courage and style, his wit and seductiveness, in a novel that captures everything beloved about the classic books, along with an international thriller plot that moves with breathtaking speed from page one to the final paragraph.