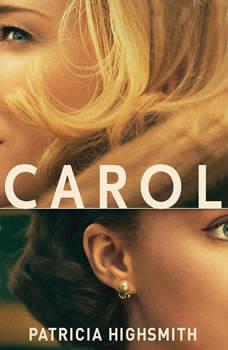 Carol: The Price of Salt

A chance encounter between two lonely women leads to a passionate romance in this lesbian cult classic. Therese, a struggling young sales clerk, and Carol, a homemaker in the midst of a bitter divorce, abandon their oppressive daily routines for the freedom of the open road, where their love can blossom. But their newly discovered bliss is shattered when Carol is forced to choose between her child and her lover.Highsmith's sensitive treatment of fully realized characters who defy stereotypes about homosexuality marks a departure from previous lesbian pulp fiction. Erotic, eloquent, and suspenseful, this story offers an honest look at the necessity of being true to one's nature.The basis for the upcoming film Carol, starring Rooney Mara, Cate Blanchett, and Kyle Chandler, to be released November 20, 2015 A Publishers Weekly bestseller for December 2015. An Audible Editors Top Pick for Ten Books Listeners Raved About . A New York Times Magazine Pick for "My 10 Favorite Books" by Alison Bechdel.