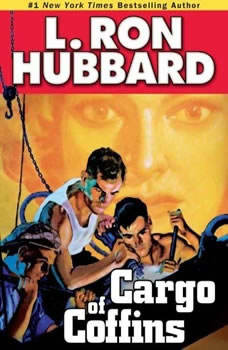 If Lars Marlin had three wishes, two have already been granted: he has escaped from Devil?s Island . . . and he has come face to face with the man who put him there?Paco Corvino. But the third wish?putting a bullet in Corvino?will have to wait. They?re off to sea, and not since Fletcher Christian and Captain Bligh set sail on the Bounty have two more heated enemies been in the same boat. Corvino is a convict, con-man and killer who has schemed his way into a position as chief steward on a luxury yacht sailing out of Rio de Janeiro. And, in a twist as devious as it is diabolical, he?s managed to install Lars?his hated rival?as captain of the very same vessel. And there are even darker twists to come. . . . Lars is determined to find out what Corvino has up his sleeve . . . and what killer cargo he?s hiding on board. But the yacht owner?s daughter proves to be a beautiful?and dangerous?distraction. Will Lars be safe in her arms . . . or is she part of Corvino?s plot?a deadly trap set with honey? Don?t miss the boat?as the audio drama of Cargo of Coffins brings to vivid life this scintillating story of suspense and surprising revelations at sea. Like several leading writers of the day, L. Ron Hubbard was invited to Hollywood to write scripts, where his superior talent and productivity attracted numerous lucrative offers from the studios. But, as he wrote in a letter to the editor of Argosy magazine in August 1937: ?I love to tie a yarn and try to make it blaze in print. The mags will never lose me to the movies. Never, at any salary!? And as Argosy gleefully responded in its pages: ?Next to exorcise the Hollywood virus from his veins was L. Ron Hubbard. . . . he has set to work to give Argosy some more of his rousing yarns. The first, ?Cargo of Coffins,? is due to appear in the November 13th issue, and a serial is likely to follow.? Cast: Josh R. Thompson, Keli Daniels, Lori Jablons, Jim Meskimen and Tait Ruppert

Cargo of Coffins
Stories from the Golden Age