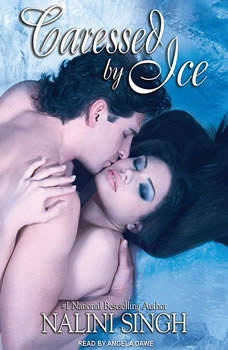 Brenna, a she-wolf Psy, was abducted by a serial killer—and returned a monster. The only person who can help her is Judd, a telekinetic and Council defector. But the passion burning between them could push them both over the edge of sanity in the third installment in Singh's breathtaking Psy/Changeling series.

I really did like this book. I did feel that it was a little slower then the other books in regards to the main characters coming together but, boy when they come together...let's just say it's hot. The struggles the couple had to go through to get to their HEA(Happily Ever After) made the ending so very satisfying. Ms. Singh knows her stuff. As a whole the book is a great fast paced read and it held my attention to the very end. I'm really excited about the up and coming book about Clay called 'Mine To Possess'. I've been wanting to read his story from the beginning and I can't wait!

I must say I'm a sucker for brooding, tortured and dangerous male characters done well of course. Judd was a great main character to read about. This book was definitely fast paced, re readable and exciting. One note is that you definitely should read from the beginning of the series slave to sensation to become familiar with the world Nalini Singh has created with her different characters.

Christmas in the Kitchen
Psy-Changeling