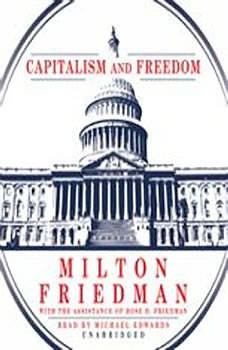 Milton Friedman argues that the appropriate role of competitive capitalism occurs when the majority of our economic activity flows through private enterprise within a free market environment. This is unequivocally the most effective device for achieving economic freedom, as well as the necessary condition in which political freedom can be attained. Friedman's arguments are positively bold, enlightening, and impacting. Among the specific topics he addresses are "The Control of Money," "Fiscal Policy," "Capitalism and Discrimination," and "Social Welfare Measures."