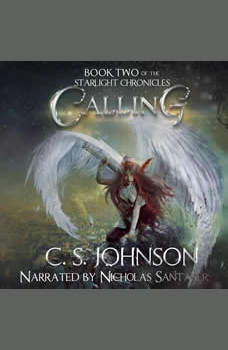 A calling he never wanted. A co-defender he can't ignore. A choice that changes everything.

As if Hamilton Dinger needs any more frustration at the moment. Not only has he accepted his duty as a starlight warrior, he's got swim meets to prepare for, his little brother to babysit, and an annoying new girl in his class. Plus he's got his 'mentor' dragon, Elysian, on his back every chance he gets, and his 'co-defender,' Starry Knight, urging him to quit the superhero business after every battle.

As the Seven Deadly Sinisters and their leader, Orpheus, search for new ways to gather power, Ham finds both betrayal and friendship in unexpected places. Desperately searching for a way he can get stronger, he finds his own inner struggles costing him the most as he attempts to keep the rest of the city safe.

Will Hamilton realize his potential in the power of trust? Will he be able make peace with Starry Knight, or will their quarrels be the downfall of them both?

WHAT REVIEWERS ARE SAYING:

Johnson really manages to make the main character's growth very believable. Even starting from where he left of in the previous book it is clear that Hamilton Dinger - just like all the rest of us real human beings - still has a long way to go.  ~ Jake Yaniak, author of Morality is the Problem

By far one of my most favorite young adult book & audio book series!!! ~ Teresa, Mom to a teen and Goodreads Reviewer