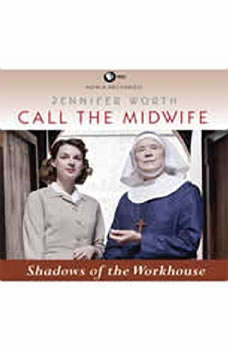 Call the Midwife: Shadows of the Workhouse

When twenty-two-year-old Jennifer Worth, from a comfortable middle-class upbringing, went to work as a midwife in the direst section of postwar London, she not only delivered hundreds of babies and touched many lives, she also became the neighborhood’s most vivid chronicler. Woven into the ongoing tales of her life in the East End are the true stories of the people Worth met who grew up in the dreaded workhouse, a Dickensian institution that limped on into the middle of the twentieth century.Though these are stories of unimaginable hardship, what shines through each is the resilience of the human spirit and the strength, courage, and humor of people determined to build a future for themselves against the odds. This is an enduring work of literary nonfiction, at once a warmhearted coming-of-age story and a startling look at people’s lives in the poorest section of postwar London.

Call the Midwife: Farewell to the East End
by Jennifer Worth

The last book in the trilogy begun by Jennifer Worth's New York Times bestseller and the basis for the PBS series Call the MidwifeWhen twenty-two-year-old Jennifer Worth, from a comfortable middle-class upbringing, went to work as a midwife in the p...