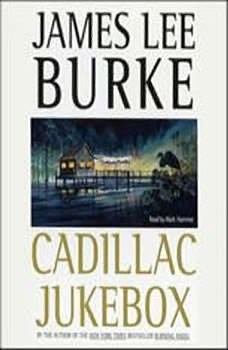 When former Klansman and piney-woods outcast Aaron Crown is finally imprisoned for a decades-old murder, it is to Detective Dave Robicheaux that he proclaims his innocence loudest. Crown seems to be a lightning rod for every kind of trouble that the state of Louisiana can unearth. A documentary film writer seeking to prove Crown's innocence is found murdered; a button man for the New Orleans mob accuses Robicheaux of taking a pay-off to ignore Crown.But it is when Buford LaRose -- scion of an old Southern family and author of a book on the Crown case -- is elected governor that Dave Robicheaux's involvement with Aaron Crown deepens to a level he can barely fathom. And it is Buford's social-climbing wife, Karyn, with whom Robicheaux had an affair years before, who proves to be his most poisonous adversary.Filled with thrilling adventure, lightning-paced action, and street smart realism, Cadillac Jukebox is a brilliant addition to Burke's standout Dave Robicheaux series.