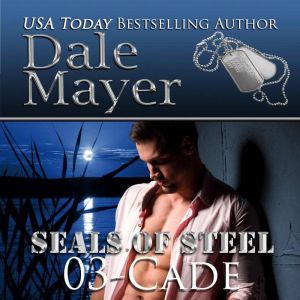 Cade: Book 3 of SEALs of Steel

Cade Terence, a former SEAL, has spent the last two years physically recovering when his unit’s truck drove over an antitank landmine. Six other team-mates were also badly hurt, the seventh dead, in what their team leader Badger Horley realized later had to be a trap set to take them out. The father of Laszlo, a member of his unit, was in a hit-and-run. Investigating this accident leads Cade and other members of the team on a trail with very definite connections to the original incident that nearly got him and the entire squad killed.

Faith Halladay is a commercial airline pilot. When her best friend Elizabeth is in a serious accident that leaves her in a coma and threatens to steal her life, she rushes to Norway to sit vigil at her bedside. There, she meets Cade, who asks all sorts of questions about the accident that she can’t answer. The attitude Elizabeth’s family displays when they lose hope that their daughter will survive stuns Faith, leading to a heated confrontation.

Cade’s endless questions now have her asking her own. She reconnects with him only to discover that her relationship with Cade has put her in a killer’s sights, and the nightmare that’s become his world is now her own.

Author note: For your reading pleasure, this series must be read in order. 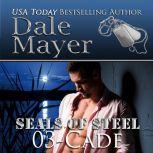 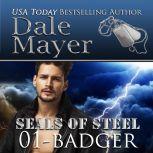 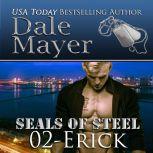