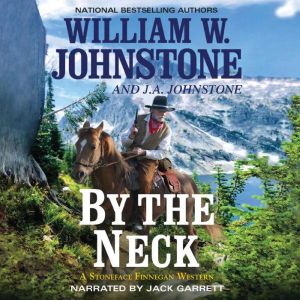 Introducing a new western hero in the grand Johnstone tradition: a mining town saloonkeeper who serves up justice like a shot of liquor—150-proof. JOHNSTONE COUNTRY. BOOMTOWN JUSTICE. Rollie Finnegan is a man of few words. As a former Pinkerton agent with two decades of experience under his belt, he uses his stony silence to break down suspects and squeeze out confessions. Hence the nickname Stoneface. Over the years, he’s locked up plenty of killers. Now he’s ready to make a killing—for himself … There’s gold in the mountains of Idaho Territory. And the town of Boar Gulch is a golden opportunity for a tough guy like Finnegan. But when he arrives, the local saloon owner is gunned down in cold blood—and Finnegan makes a cold calculation of his own. Instead of working in a mine, he’ll buy the saloon. Instead of gold, he’ll mine the miners. And instead of getting dirty, he’ll clean up this grimy little boomtown once and for all—with his own brand of Stoneface justice …