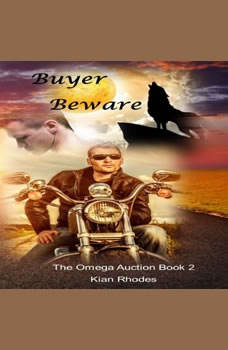 Colby Until I pissed Lloyd off, I'd always thought that the Omega Auctions were an urban myth, something that packs used to scare Omegas into obeying. As it turns out, not so much. When Lloyd and Ivan delivered me to the auction house, it was immediately clear that shit had just gotten real. I could only guess at what Lloyd had written on my intake forms, but it was obvious that these people believed I was dangerous. Rafe "Usually only one reason that an Alpha buys someone like me." Colby had said. I watched the emotions flitting through eyes on a face set like stone and considered his words. Colby might be bigger, stronger, and, yeah, tougher than most Omegas but he was still an Omega. An unbonded Omega with no pack. An Omega who thought that the differences that set him apart, the differences that made my wolf scream with the need to claim him, meant that he'd stay that way.